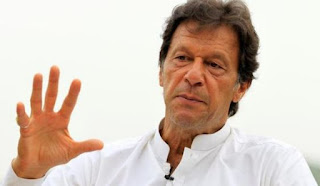 Pakistan and the International Monetary Fund (IMF) have narrowed their positions on the scale of adjustments over the past few weeks of continuous engagements, a senior official involved in the negotiations told Dawn on Saturday.

Prime Minister Imran Khan will also meet IMF Chief Christine Lagarde in Dubai on Sunday to discuss the conditionalities that have held up the accession to the programme.

Information Minister Fawad Chaudhry told Dawn that the premier will meet Ms Lagarde on the sidelines of the World Government Summit in Dubai.

The IMF is asking for an adjustment of around Rs1,600-2,000 billion over three to four years. Besides, it also wants some corrective measures to put Pakistan’s economy on the right track after witnessing the highest-ever current account deficit.

But the official said there is certain non-development spending which cannot be discontinued or reduced.
The primary balance of a government’s budget is the difference between revenues and expenditures after removing interest payments. It tests whether the path of debt accumulation of any country is sustainable or not.

If this is in deficit then it means that at least some of the interest payments due in the given year will have to be made through borrowing.

Cutting the primary deficit requires a cut in current expenditures, and usually becomes necessary when reducing debt-to-GDP ratio is a priority.

The two sides continue to exchange views on data and a reform framework to move forward. Discussions are part of regular ongoing interaction between government and IMF and will continue in coming weeks as well, Najeeb said.

According to the Finance Division official, on the issues of policy measures, the government has already taken several, including increase in interest rate, gas and electricity tariffs along with revenue measures.

The Ministry of Finance recently announced that the Federal Board of Revenue’s (FBR) target will not be revised downward following a revenue shortfall of Rs191bn in the first seven months.
According to the official, Finance Minister Asad Umar has already conveyed to the IMF during the recent parleys that only those measures will be taken which are favourable for country’s economic growth.

Although government has secured a breathing space from Saudi Arabian and United Arab Emirates loans, an IMF programme is essential to unlock access to resources from other multilateral lenders like the World Bank and the Asian Development Bank, as well as the global capital markets.