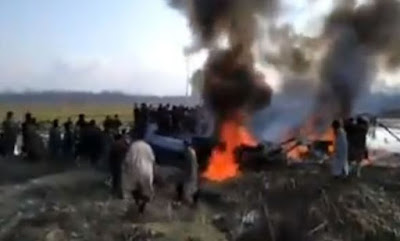 According to the DG ISPR, Indian fighter jets violated Line of Control (LOC) today, and in a robust response, the PAF destroyed two aircraft of IAF inside Pakistani airspace. Moreover, two Indian pilot has been arrested by Pakistani troops.
Indian security forces have killed two terrorists with links to Jaish-e-Mohammed in an encounter in Jammu and Kashmir’s Shopian district. Just around 30 hours ago, Indian warplanes struck a JeM training camp in Pakistan’s Khyber Pakhtunkhwa province around 80 kilometres from the Line of Control and killed a large number of terrorists
Pakistan Air Force shot down two Indian aircrafts inside Pakistani airspace. One of the aircraft fell inside AJ&K while other fell inside IOK. One Indian pilot arrested by troops on ground while two in the area,” DG ISPR tweeted.

The strike came Twelve days after Jaish-e-Mohammed carried out a suicide bombing that killed 40 Indian soliders in Jammu and Kashmir. India has told Russia and China that the operation in Balakot was non-military, and the US has asked New Delhi and Islamabad to avoid escalation at any cost. Stay tuned to this live blog for the latest updates. 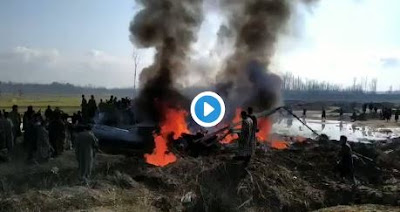