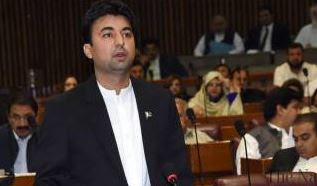 In his charged speech on the floor of the National Assembly, the minister said, Shehbaz Sharif and Rana Sanaullah have been found guilty in the model town carnage; justice will be dispensed into the matter.
He criticized both Pakistan People’s Party (PPP) and the Pakistan Muslim League-Nawaz (PML-N) over their wrong policies. “Both the parties are ‘hand in glove’ against the people of Pakistan,” the minister claimed.
Meanwhile, the joint opposition of the house raised slogans and torn the copies of the agenda during the speech of the minister
“Those who are shouting and creating disturbance in the house are same, whose leader is in Kot Lakhpat Jail,” the minister responded to the protesting opposition members.
He said America was calling for ‘do more’ in the past, but after Imran Khan’s swearing as the Prime Minister of Pakistan, Trump is asking for our [Pakistan] help.

“Go and teach politics to Bilawal Bhutto Zardari,” the minister responded to Asif Zardari over his comments of teaching politics to the PTI leaders.

Mr Murad Saeed said Pakistan will be back on the track of prosperity and every single looted paisa of the nation will be brought back, “Dare to stop it,” he challenged the opposition parties.

← How To Check Samsung Phone is ”Original” Or ”Fake”
Sahiwal incident,President to meet family of alleged ‘Daesh facilitator’ Muhammad Zeeshan →