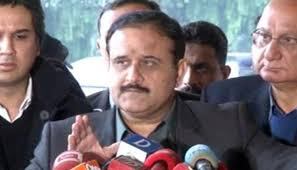 While speaking to the media outside Punjab assembly, the CM Punjab said, ” everyone should wait till 5pm tomorrow because the JIT is scheduled to submit its report within 72 hours.”

Buzdar relayed that he reached Sahiwal as soon as he heard about the incident, adding that formation of a JIT was announced in order to ascertain the facts connected to the aforementioned incident.
Towards the end of the talk, Buzdar concluded that he has announced Rs20 million for the family of the deceased persons, adding that no one can be hanged to death without prior and proper investigation.

Four people including two women were killed in broad daylight on Jan 19  by Counter Terrorism Department (CTD) officials in a shady encounter in Sahiwal. The CTD’s version of events contradicted with what eyewitnesses and the injured children had to say.

On the other hand, Punjab law minister termed the murder as “collateral damage” during the raid to eliminate a terrorist associated with Daesh.