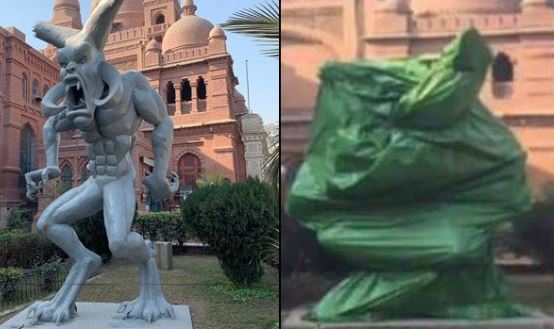 LAHORE:
A devil sculpture placed outside the Lahore Museum was covered with a sheet after a petition filed in the Lahore High Court sought its removal from outside the building, ARY News reported.
“This ‘sculpture of the devil’ has nothing to do with our culture whereas the purpose of a museum is to preserve our history and culture,” the petitioner contended before the court. 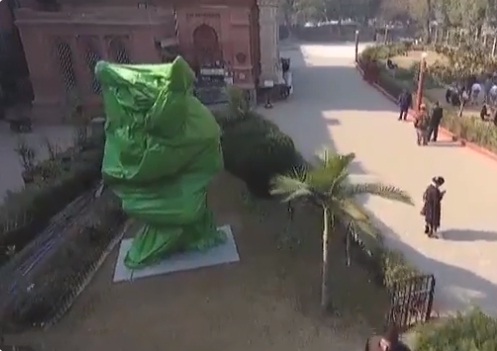 “To control Satan is the responsibility of us all,” observed Justice Muhammad Farrukh Irfan.
Sources relayed that Irtbaat ul Hassan, a student of Punjab University College of Arts and Design (PUCAD), had made the 20-feet high sculpture which was placed outside the museum.
According to Hassan, his artwork was a strong comment on the degradation of humans who stop self-reflecting and become immoral.
“The difference between a man and an animal is based on a man’s ability to self-reflect,” he said.