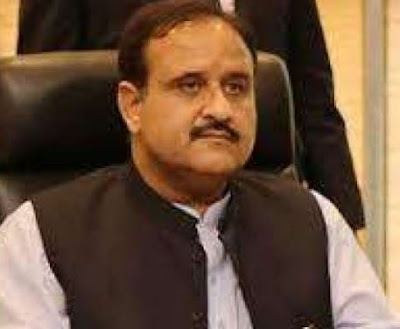 Lahore:
Chief Minister Punjab Usman Buzdar, in an interaction with mediamen on Monday, said the government couldn’t hang anyone without completion of investigation , ARY News reported.

Speaking to journalists outside the Punjab Assembly, Buzdar said the joint investigation team (JIT) had been given 72 hours to complete the Sahiwal firing inquiry and submit the report. “Their time ends on Tuesday, so let’s wait until the report is received,” he stated.
The chief minister said the provincial government will give the aggrieved family Rs 20 million in compensation.

Four people, including two women, were killed in a shady encounter involving the Punjab police’s counter-terrorism department (CTD) on a highway in the Qadirabad area of Sahiwal district on Saturday noon.
The Sahiwal incident sent shock waves across the country after one of the surviving children who witnessed the episode refuted the version of the CTD.

Two men and two women were killed in the incident. They were identified as Khalil, Nabila, Zeeshan and Areeba, who was 14 years old. Khalil and Nabila were the parents of the injured boy. The deceased hailed from Kot Lakhpat.

In their first statement, the CTD had said they killed kidnappers who abducted two children. Later they claimed the people inside the car were killed in firing by their own associates during shootout.