Money budget will be presented on January 23 ‘Asad Omar’
Federal Minister for Information Asad Umar said that the tax on any tax issue would be taken to the court.
Finance Minister Asad Omar met traders in Karachi Chamber of Commerce, in which he said that 21 Jan was the plan to present the budget but the Prime Minister had to go abroad, which will be presented on 23th January now.Federal Minister for Information Asad Umar said that tax on any tax issue will be taken into consideration.
Siraj Qasim Pali, on the other hand, said that our airports have a small budget, there are some issues that should be taken on priority basis.
He said that there should be a complete solution to the case of gas crisis in Karachi, industries should not close gas supply. 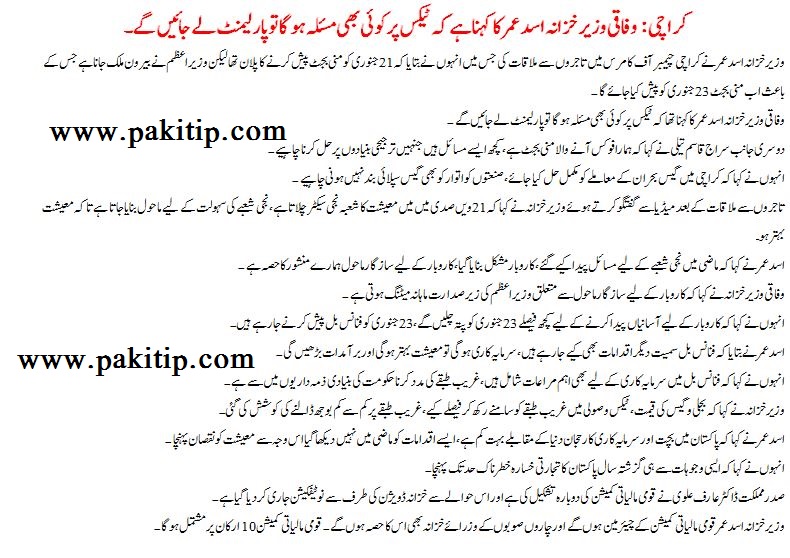 ← How to monitor your child or girlfriend mobile phone easily 2019
PM imran khan and Federal Minister for Information, Sindh Schedule, The possibility of stirring in political situation →