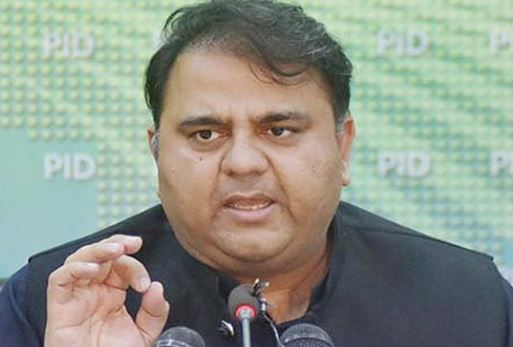 Fawad Chaudhary refused to comment on the sudden departure of Wali-ul-mu’minin
Federal Information Minister Fawad Chaudhary has denied the departure of Wali al-mu’minin ibn’Abbas ibn Zaid Nahihan’s departure.
Abu Dawood’s veneration, Muhammad ibn Zaid Nahihan, came to Pakistan on the invitation of Prime Minister, Imran Khan, after returning to work, he returned home.
Information information on the social networking website, Twitter, wrote that the news of the sudden departure of the covenant was given by a journalist who has not reached the Foreign Office.
He wrote that the person who has not seen the Foreign Office in his life is also a reporter of the foreign policy expert, who has been in Pakistan since three days.
Fadad Chaudhary said that the information about coming from Pakistan to Abu Dhabi for 2 hours is not correct,
Visit details are pre-planned, today’s visit is in progress. 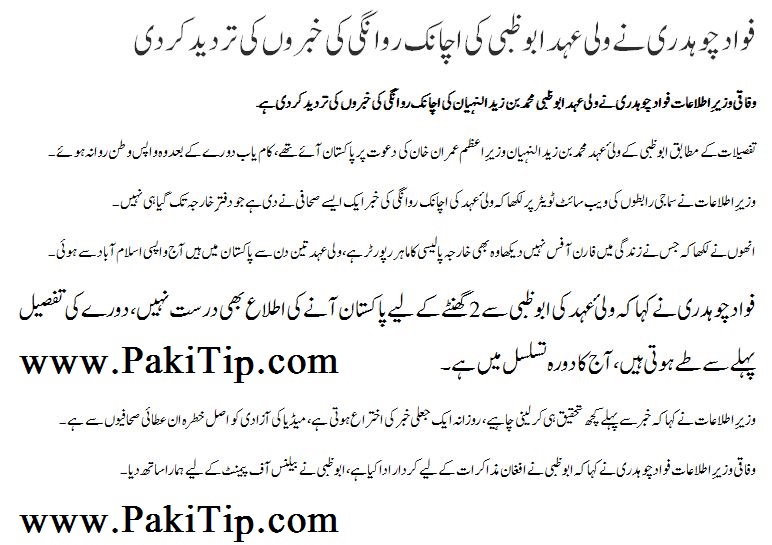